Mexican food is quite an indulgence, and what better way to enjoy it than tasting the local delicacies by visiting as many places as you can around town? When you visit Mexico City, you’ll see that the food is almost as colorful as the culture itself. Spicy, savory, sweet… Mexican cuisine has almost too much to offer. So, where do you start?

What to Expect From Mexican Cuisine? 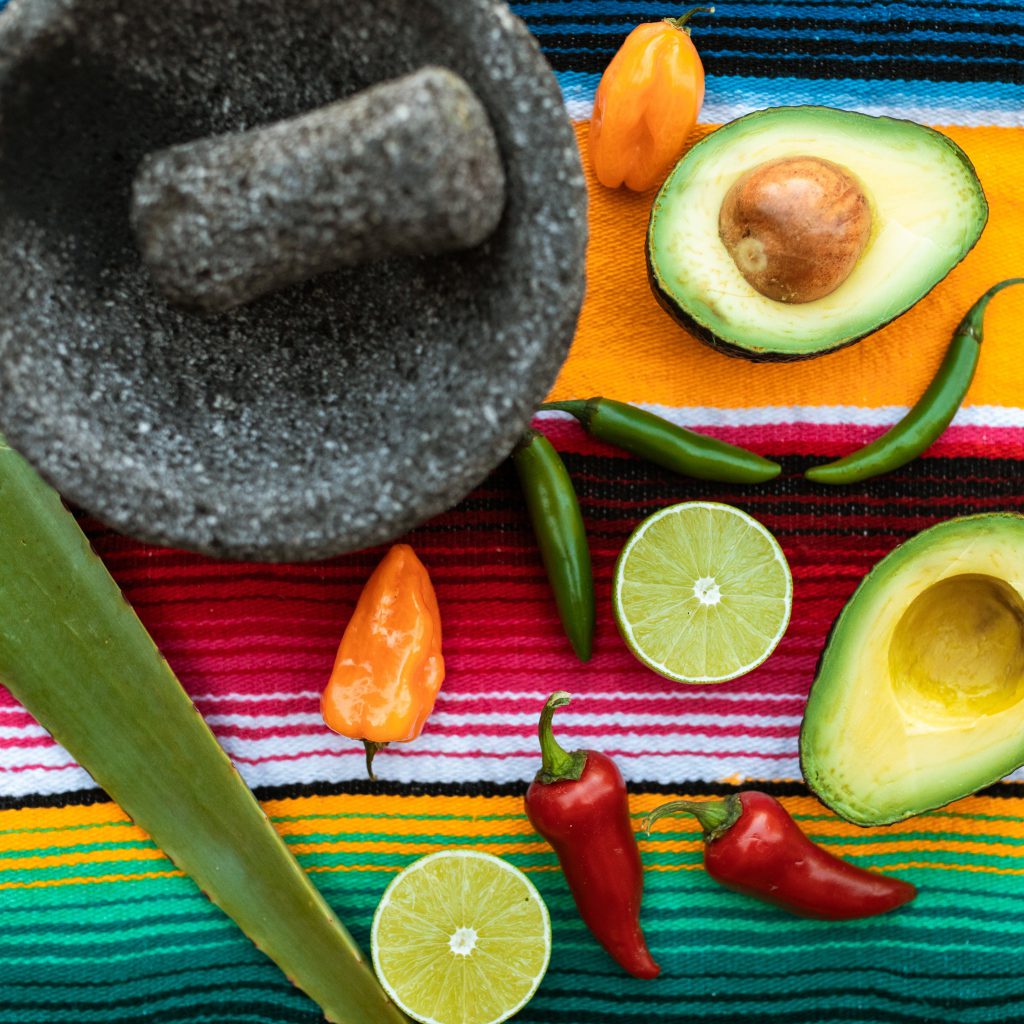 Before we dive into the best food tours you can join in Mexico City, we would like to tell you the story of the city’s cuisine. Don’t worry, this isn’t some full-blown history lesson. We’ll only outline the basics of Mexican cuisine so that you recognize the different elements in the food when you try it.

Mexican food as we know it today has mostly been popularized by its Northern neighbor, with those huge burritos and tacos overruning with cheese. However, this is not authentic Mexican food. At best, it’s American-Mexican food, also known as Tex-Mex.

Real Mexican cuisine has a lot more intricate dishes, special techniques, and exotic ingredients. By exotic, what we have in mind is both well-known Mexican staples like corn, chilies, and avocados, and lesser-known exotic ingredients, such as huitlacoche (a mold that grows on the husk of corn), axayácatl (various species of insects usually eaten in their larval stage), or nopal (prickly pear cactus pads).

UNESCO officially acknowledged Mexican food as an intangible heritage of humanity in 2001. This is not surprising if you consider the pre-hispanic cultural heritage of Mexican cuisine that has been practiced for almost a millennia.

Before the Spaniards arrived, the local diet mostly consisted of wild game meat like turkey, deer, armadillo, and sometimes even spider monkeys. Staples like maize, chili peppers, and beans were also widely used.

When Spain invaded Latin America in the 1500s, they brought their ingredients and culinary traditions. This was when common livestock like pigs, cows, chickens, sheep, and goats was introduced, as well as dairy products. They also started planting lots of rice and sugar and brought new staples like wheat and oat, along with garlic, onions, olive oil, and spices.

Today Mexico is this huge melting pot of different cultures and cuisines. And if you’re a foodie, you might just have the time of your life because the Ciudad de Mexico has so much to offer, from delicious street food to abuela’s classics. You only need to look at the right places, and the city will undoubtedly surprise you with every bite you take.

We can’t think of a better way to immerse ourselves fully in the Mexican experience than a day of tasting great food at different city spots. This might be intimidating at first because Mexico City is one of the world’s biggest cities. If you don’t know where you’re going, you might end up in a street that, at best, will spook you out.

To save yourself the trouble and the stress, join us for a guided food tour that’ll take you to some incredible places around town. You can fine dine in gourmet restaurants, hop stops for street food in the markets, or look for the best taco in town. Whatever your jam is, we’ll guarantee you’ll find it. 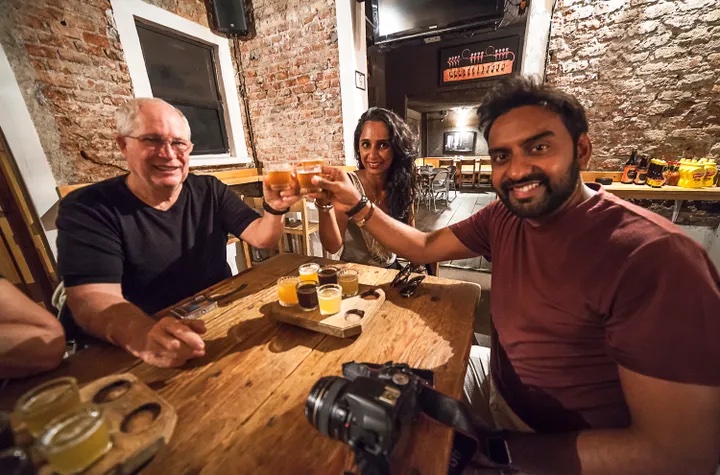 This food tour takes you to seven tasting spots around Mexico City’s aspiring classy neighborhood, Roma. Get ready for some special fish tacos and pozole at a gourmet market. Then we’ll go for both contemporary and authentic Mexican food and a glass of artisan beer at a microbrewery. We’ll stop by for a traditional mezcal and finish the tour in an artisan coffee house.

In less than 4 hours, you’ll have tasted more than 13 different specialties and made some unforgettable memories. 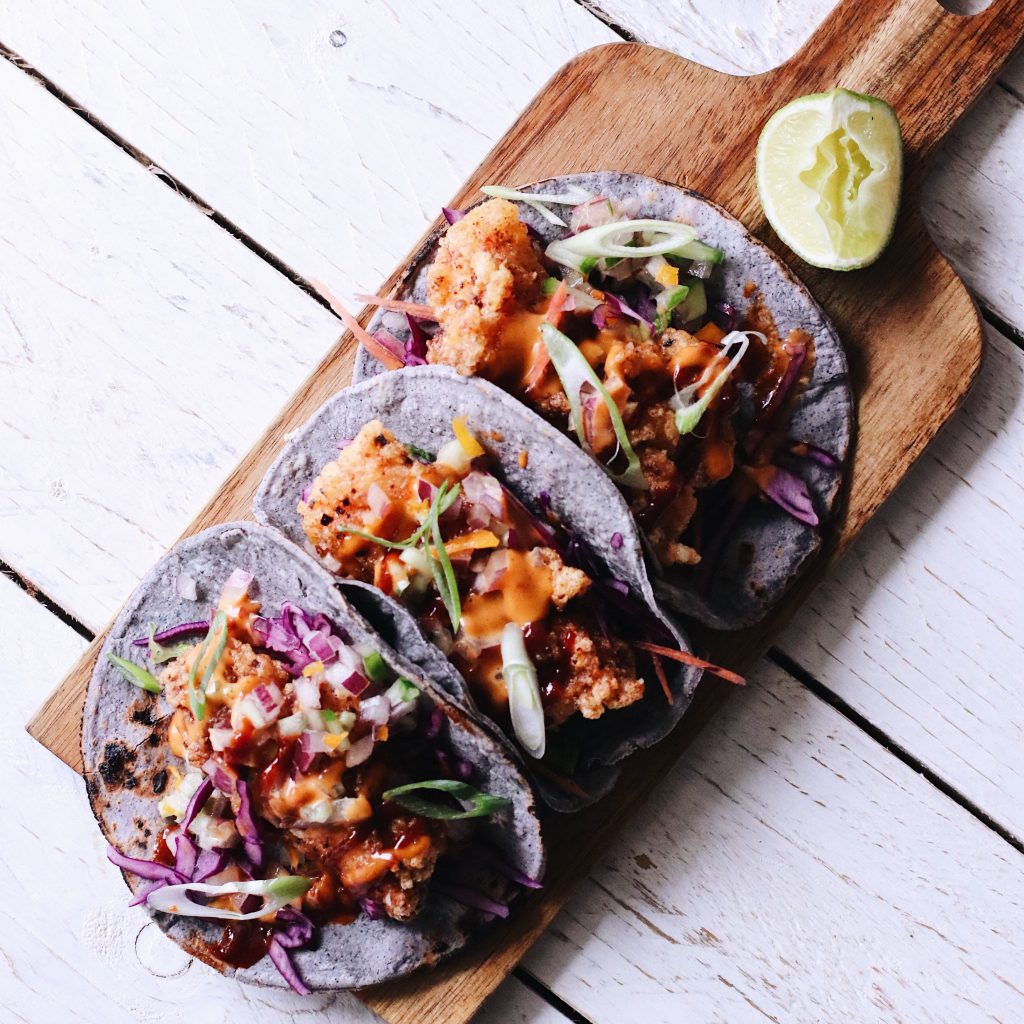 If you like being active and are looking for a fun way to explore the city, this bike tour with special food stops is just for you. Our guide will take you to explore some hidden gems, such as a tortilla shop where you can watch how fresh tortillas are made before you get some street tamale — corn dough steamed in a corn husk — and atole — a special prehispanic drink.

After all the food tasting, we’ll pay a visit to a chocolate museum where you’ll see how they make sweets in all sorts of shapes and colors. When your sweet tooth starts to itch, we’ll stop by a 100-year-old candy shop.

Finally, we’ll head to one of the biggest markets in the city and get lost in the exotic aisles for a while before we call it a day.

Taste the Historic Center of Mexico City With Locals on Weekends 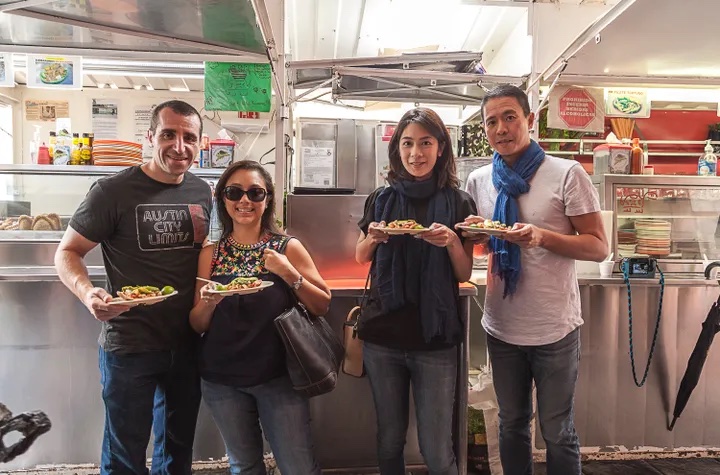 Getting together with the locals is the best way to live out the Mexican culture. Add traditional flavors to that, and you have the perfect setting for a truly authentic experience.

This tour takes you to a 100-year-old candy shop and some other traditional and exquisite stops where you’ll taste both prehispanic and contemporary Mexican delicacies, different Mexican cheeses and meats, and even organic edible flowers and vegetables along with traditional Oaxacan food.

As a bonus, you’ll pay a visit to a traditional Mexican cantina. In 5 hours, we’ll visit 8 different locations and taste more than 13 local delicacies. 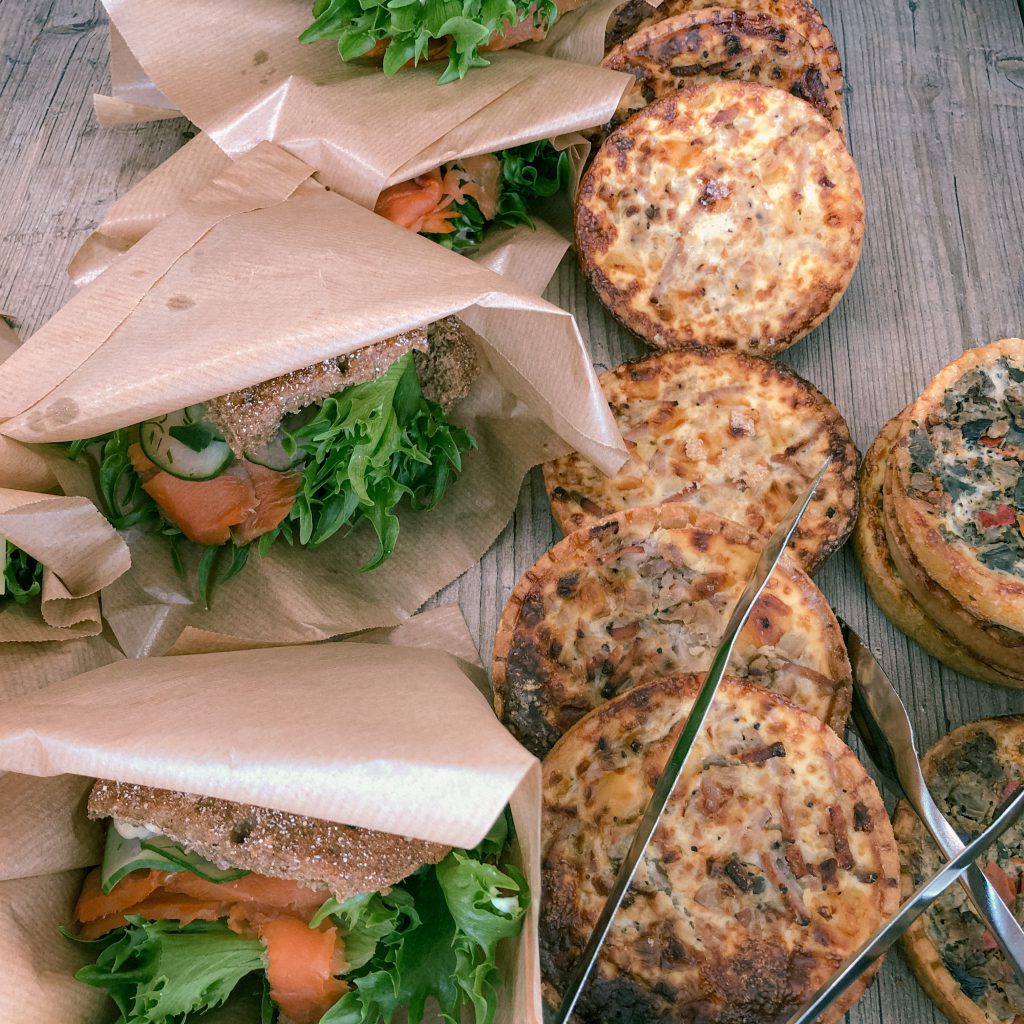 If you want to keep away from the tourist crowds and experience Mexican culture, food, and drinks at local stops, don’t skip this tour.

You’ll be going on a trip to the humble neighborhood of Narvarte, where you’ll visit hidden spots that serve incredible local delicacies. You can munch on tacos al pastor, crispy volcanes, and suadero tacos from vendors who have won the locals’ spurs over the years.

Before heading to a cozy restaurant for some artisan mezcal, you’ll visit a colorful cantina to quench your thirst with a drink of your choice. We’ll end the tour in a local indie bar where you can relax and make connections with the others.

Mexico City Night Out: A Daily Tour of Tacos, Beer, and Mezcal With a Culinary Expert 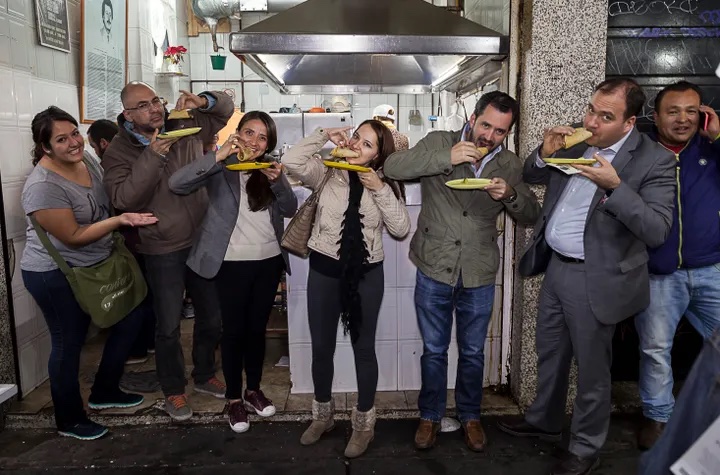 Tacos are the symbol of Mexican food, known everywhere in the world. If you’ve sworn to try as many types of this delicious food as possible while you’re in Mexico City, we invite you to join our taco tour. We’ll taste tacos made of corn and wheat, filled with pork, fish, and beef, with and without cheese. To wash down the delicious tacos, we’ll head to try mezcal and other different local drinks. 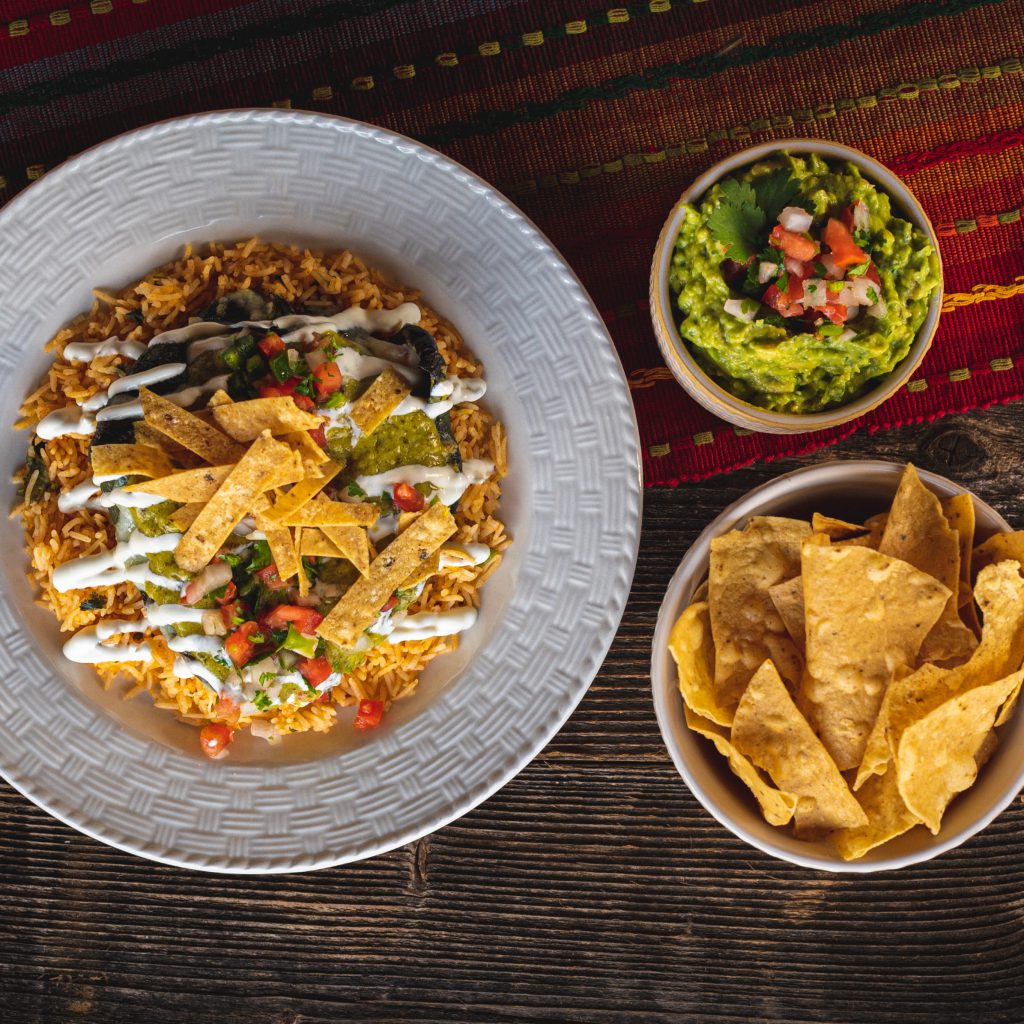 The markets in Mexico City are huge, full of surprises, and definitely a must-see. If you’ve been dying to visit one, we’ve planned a perfect day trip for you.

Join us on this food tour where we meet for a coffee and pastry in the morning and head to one of the biggest markets of the Ciudad de Mexico, the Jamaica Market, where we’ll taste some of the most delicious street foods and get lost amongst the exotic stalls for a while. Then we’ll head to a fine seafood restaurant to finish the tour with a gourmet lunch.

While there are countless reasons to visit Mexico, the food alone makes it worth the journey. To say Mexicans take their cuisine seriously would be a huge understatement. The cuisine is an inseparable part of a culture that spans back almost a millennia.

So, while you’re there, pay your tribute to this ancient and hybrid cuisine by joining a food tour that’ll take you to places that will blow your taste buds! If you want to get more hands-on with the cuisine, you can also join a cooking class to impress your friends and family back home with a freshly made authentic Mexican dish. 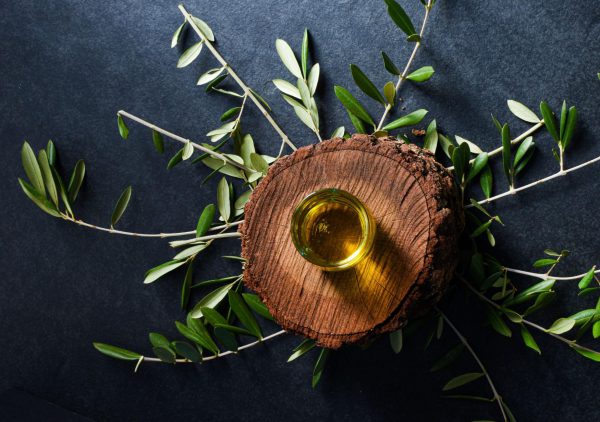 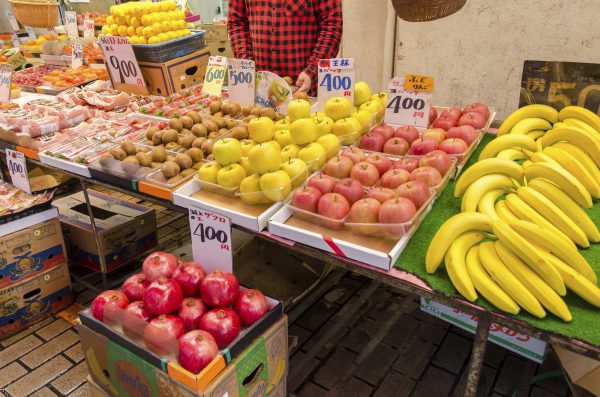 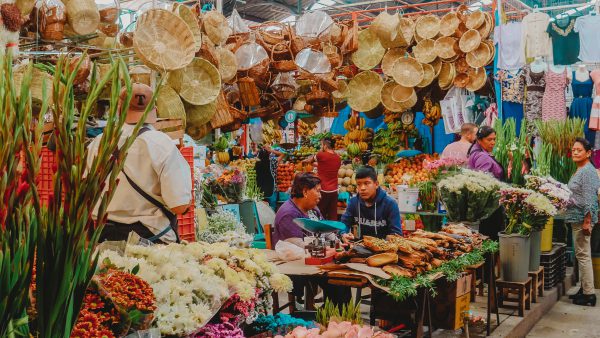 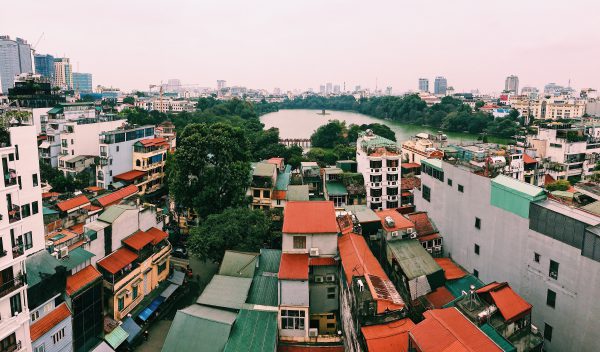 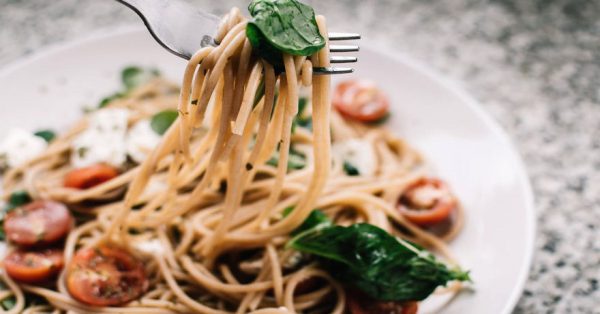 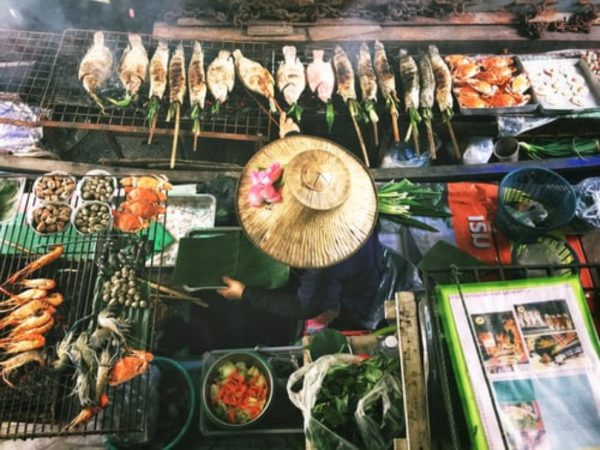