An appetizing aroma, a crispy bottom, and a firm, translucent top… When you put this food in your mouth, you feel the taste of a juicy mix of meat and vegetables, while the chewy dough reveals the savory stuffing that’s coming out as you bite.

You never know which dish you’ll fall in love with in Japan, so today, we’re talking about one of those delicacies that everyone loves: gyoza, the delicious Japanese dumplings.

The Story of Dumplings

Looking around the world, almost every cuisine has its own authentic form of dumplings. There’s the famous Italian ravioli. In Mongolia, there are boiled dumplings called banshi and steamed dumplings called bose. In Bhutan and Nepal, they have momo, a type of steamed dumplings stuffed with various meats and spicy sauce. Russians have pelmeni, topped with sour cream or butter, while Turkish mantı is served with garlic-infused yogurt.

Gyoza (or gyōza) are little — sometimes not so little, to our delight — Japanese dumplings. But they weren’t invented in Japan. Japanese cuisine inherited gyoza from China, where these types of dumplings are called jiaozi (餃子) — and Chinese cuisine actually adopted the dumplings from Mesopotamian civilizations a very long time ago via the Silk Road trade.

But even though these dumplings aren’t traditionally Japanese, the Japanese people modified the dish to fit the Japanese style and, nowadays, gyoza is pretty much among the staple foods in the country.

A Dumpling’s Trip Around the World 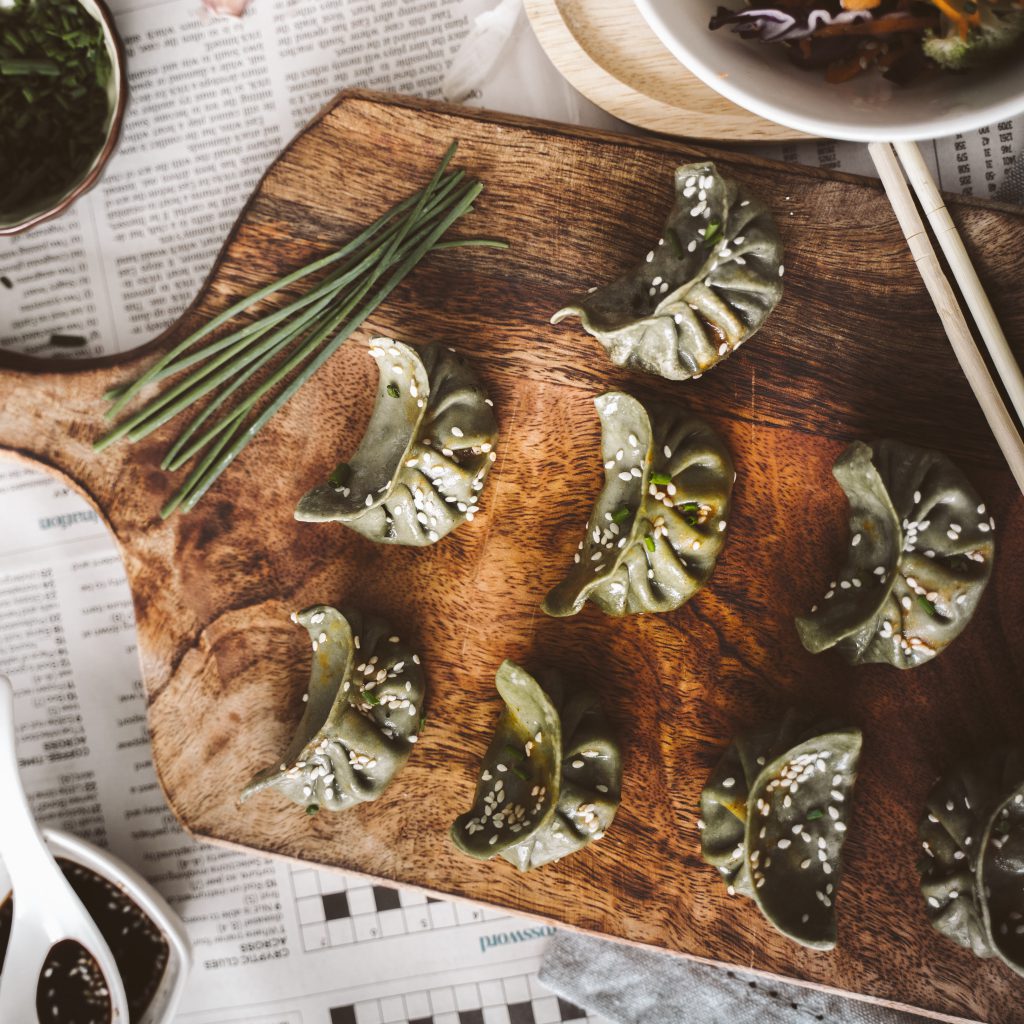 You see, dumplings are almost a universally liked type of food, probably because swaddling spicy meat or veggies inside thinly spread dough was too delicious of a combo not to be enjoyed. So its popularity inevitably spread like a meme once someone came up with it. Right? Not quite so. It actually took a while for dumplings to become popular in Asia.

The reason is that thousands of years ago, wheat wasn’t the staple food in eastern Asia like it was in Mesopotamia. The milling techniques weren’t quite advanced in South East and East Asian civilizations, and the people there mostly depended on rice, which was produced in abundance.

The little wheat that they cultivated there was either fed to animals and livestock or boiled like rice. The people in this part of the continent didn’t discover the benefits of grinding wheat into flour for centuries to come. In fact, the first traces of dumplings in China date back to around the 5th century BC, when the Tang Dynasty ruled over the region.

Even though the Chinese chefs have been cooking jioja for centuries, Japan’s incorporation of this dish took a little more time since Japanese culture was quite exclusive to outside influences. 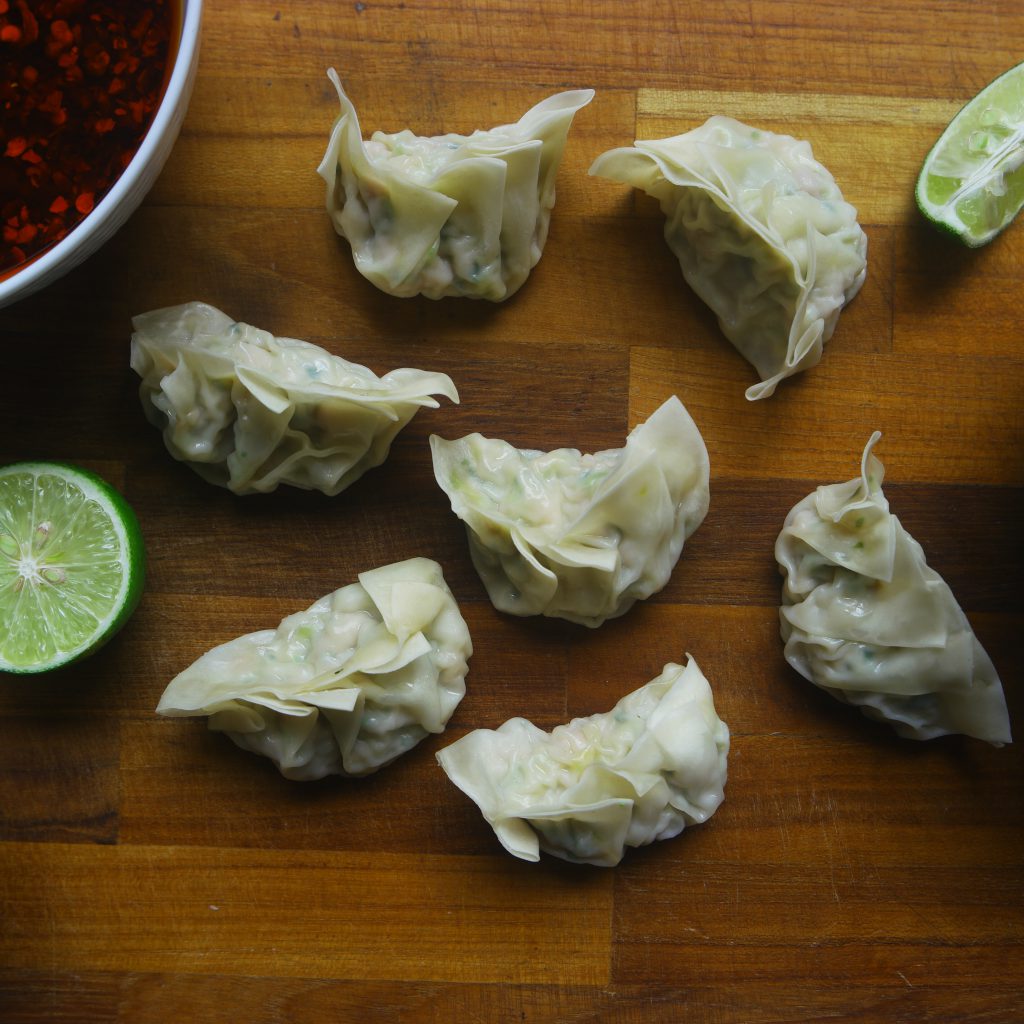 There are many stories and theories on how and when the dumplings were introduced to Japan,  but the first official traces are found in some cookbooks from the 18th century, during the Edo period.

During this time, Emperor Meiji lifted the century-long ban on consuming meat by eating meat to celebrate the new year in 1872. Consequently, books introducing Chinese and other cuisines started to get published, with recipes including a range of meat products.

Still, there was little mention of dumplings in these books. And when they were mentioned, it was steamed or boiled dumplings, while today, the majority of gyoza is steam-fried.

So when did the famous steam-fried dumplings become popular in Japan? The answer to that is when the Western influence really took over the island, which was post World War II. When the regulations over what to eat and what not to relaxed in Japan, dumplings inevitably became a part of the cuisine, along with other foreign delicacies.

Since then, a typical Japanese person eats the same amount of meat as they eat seafood.

The Dawn of Gyoza 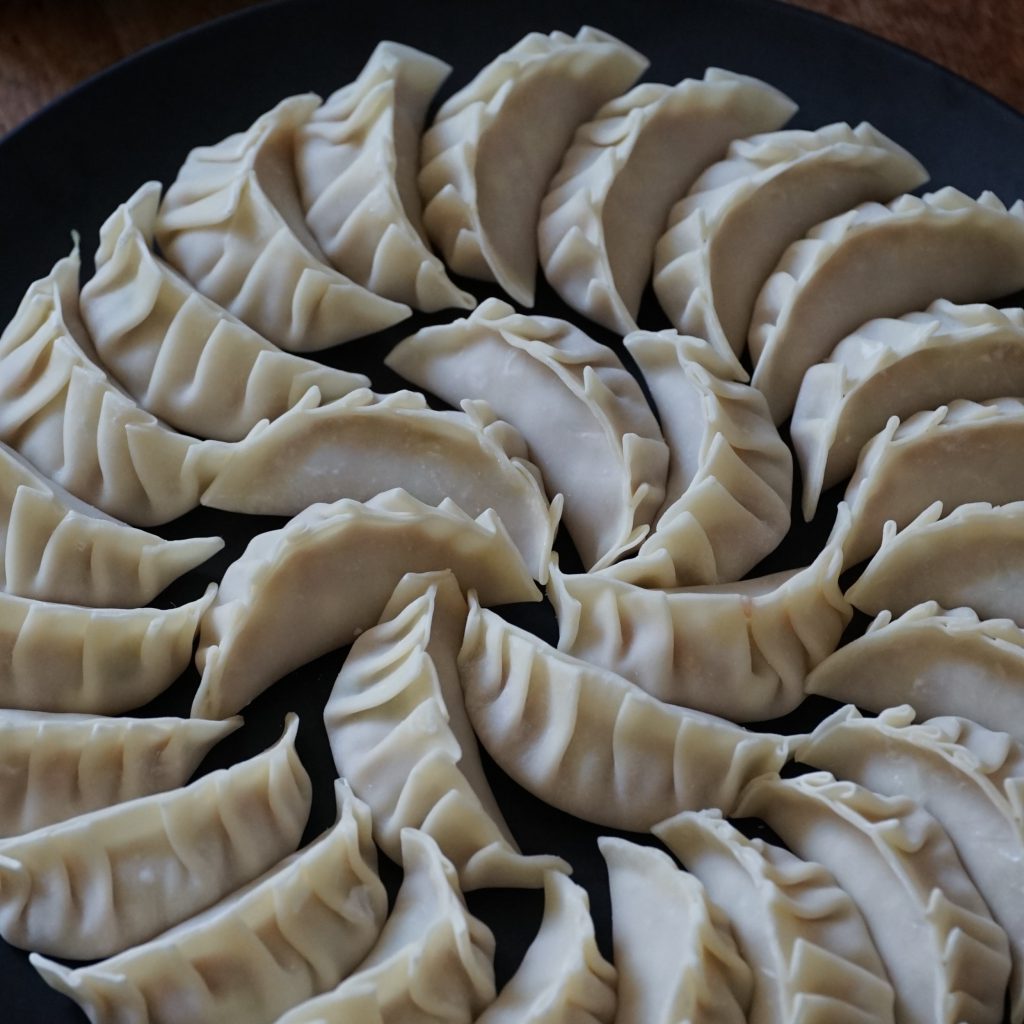 Despite their more recent arrival in Japan, the Japanese gyoza is already a widely popular dish with a local twist. To be clear, the Chinese jioja and Japanese gyoza have developed significant differences in terms of the size of the dumplings, the ingredients included in the stuffing, and the way of cooking.

In Japan, dumplings are typically steam-fried, whereas, in China, they’re usually boiled or steamed. There are also cultural differences. For example, serving jioja in China is thought to bring prosperity and wealth to the host. In Japan, on the other hand, gyoza didn’t have enough time to be embedded in the culture. For some, dumplings are one of the symbols of the country’s Westernization and the fusion cuisine that developed after WWII. 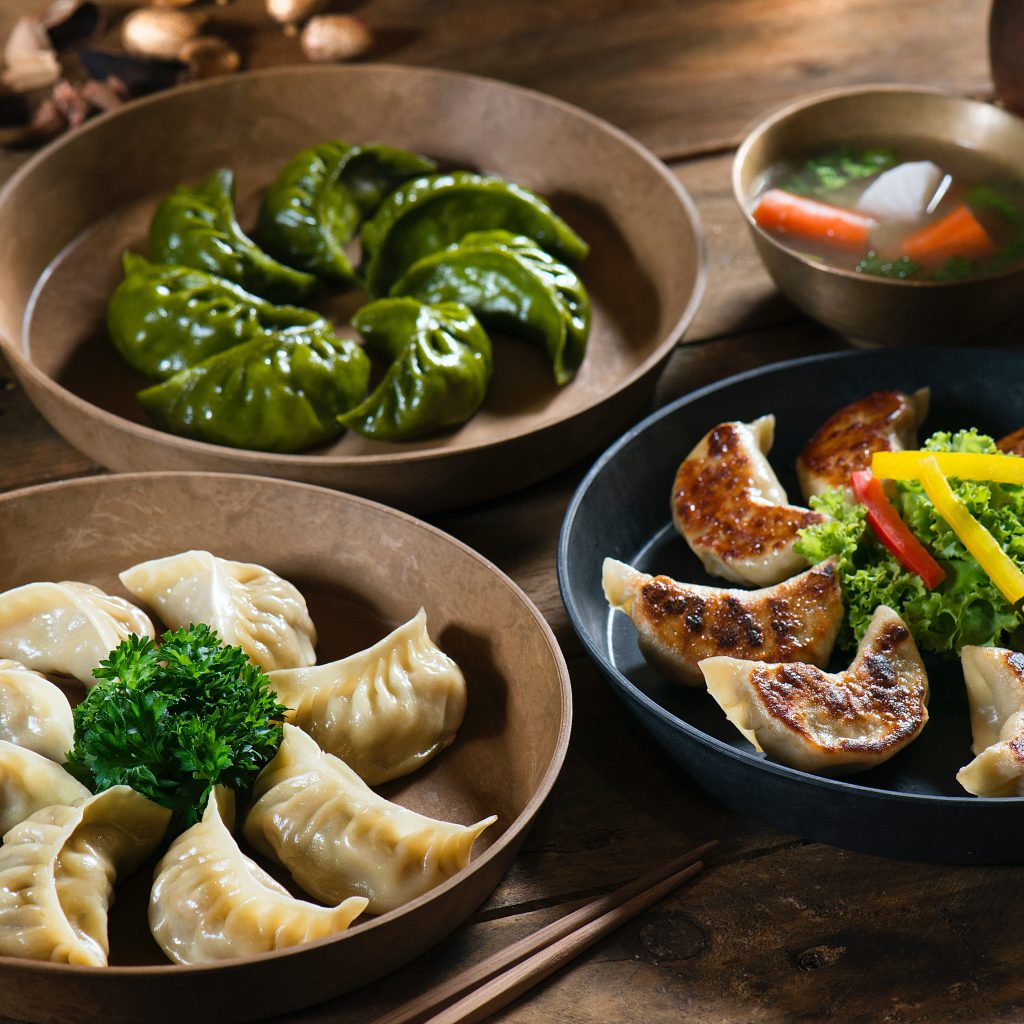 The most traditional dumplings will contain a mixture made of pork, vegetables, and a spice mix. However, in Japan, dumplings also differ in their stuffing, depending on which vegetables are in season. It’s possible to find gyoza made of various meats, mushrooms, veggies, or seafood in various sizes — from small bite-sized ones to bigger ones that call for a couple of mouthfuls.

The variations of gyoza discussed below mainly differ in the cooking techniques involved. 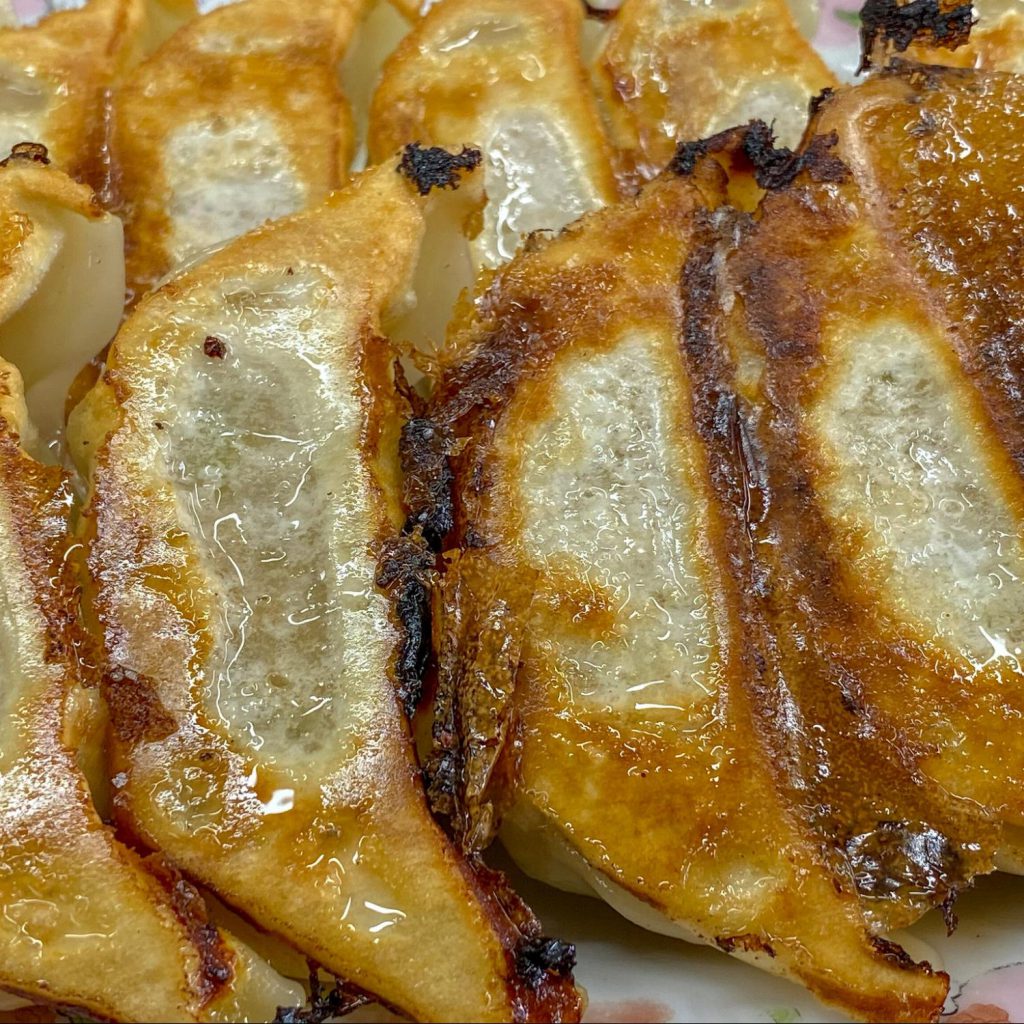 When you ask for yaki gyoza, you’ll get pan-fried dumplings with a mixture of watery cornstarch. The mixture covers the dumpling and lets the stuffing steam-cook the dumplings while turning the outside crunchy and golden. This way, when you take a bite, you’ll enjoy both the crispy skin and juicy stuffing.

Sometimes a portion of yaki gyoza is fried at the same time, and the cornstarch creates a thin, crispy bottom that holds all the dumplings in the portion together. This type of dumplings is called Hanetsuki Gyoza, or winged gyoza. 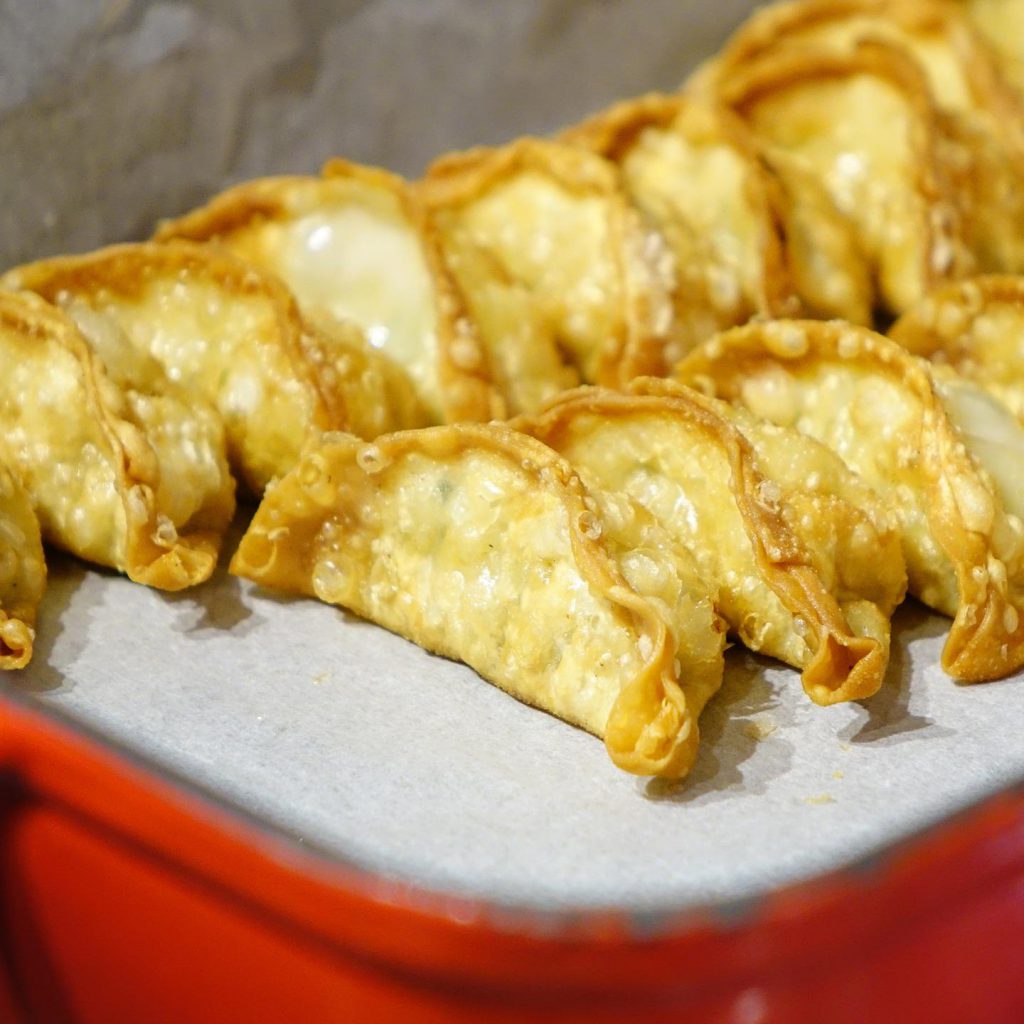 Age Gyoza are very similar to yaki gyoza, but instead of pan-frying and steaming them on a skillet, they are deep-fried. They are mainly a specialty imported from China, so you might not be able to find them in a Japanese restaurant. But if you get your hands on some, be careful as the inside will be pretty hot. 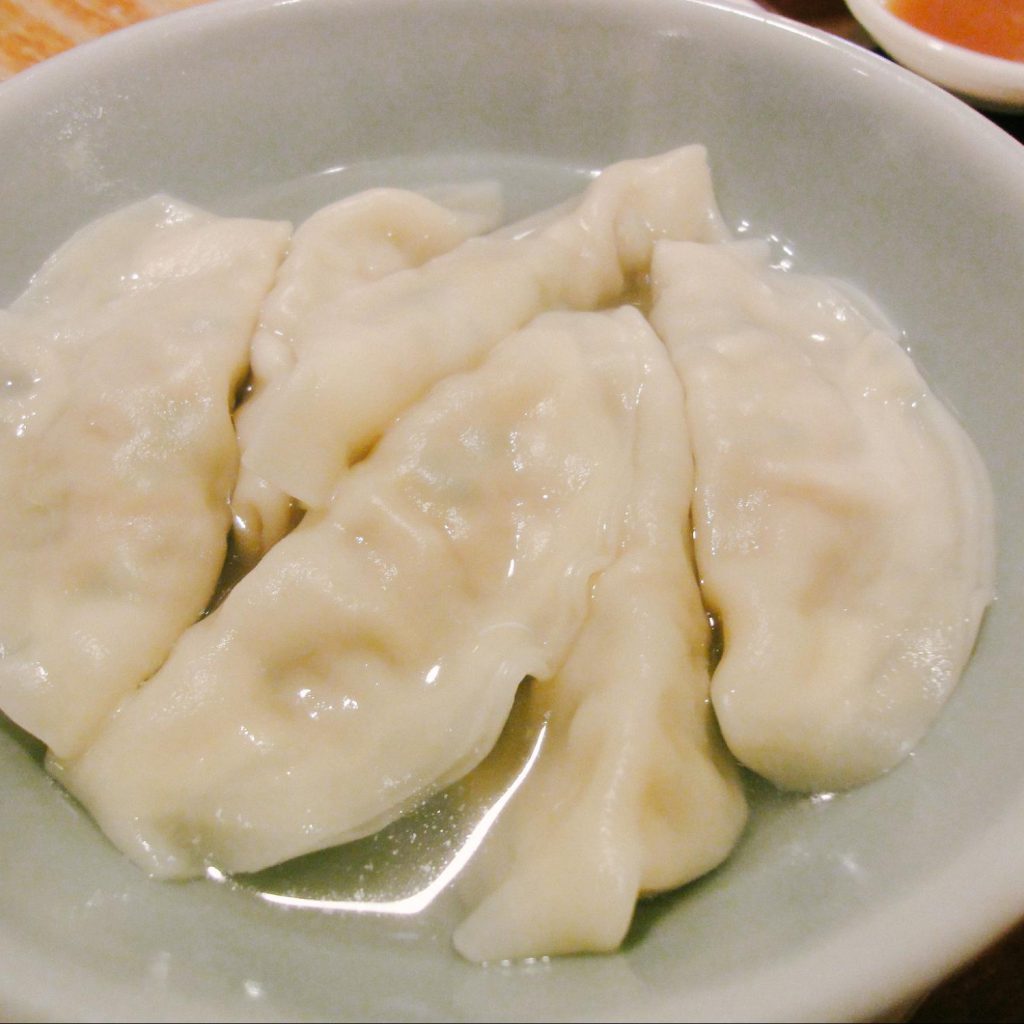 Sui Gyoza is a completely different way of cooking little dumplings. They are boiled in either water or broth to make a soup. Sui Gyoza are not crispy but tender and chewy instead. 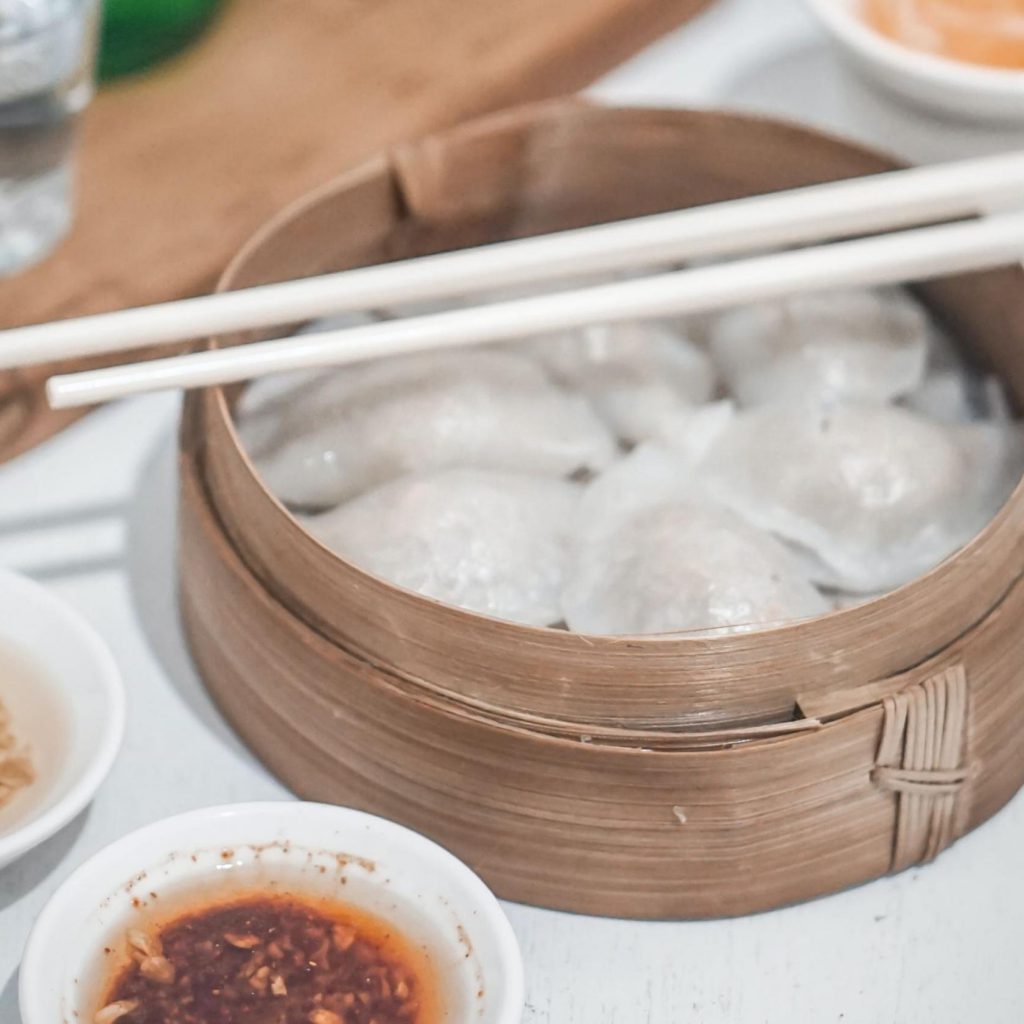 Mushi Gyoza, like Sui Gyoza, is the healthiest way to cook dumplings. They are steam cooked without any oil — traditionally, in a bamboo steamer or in a basket.

Where to Find Gyoza in Japan 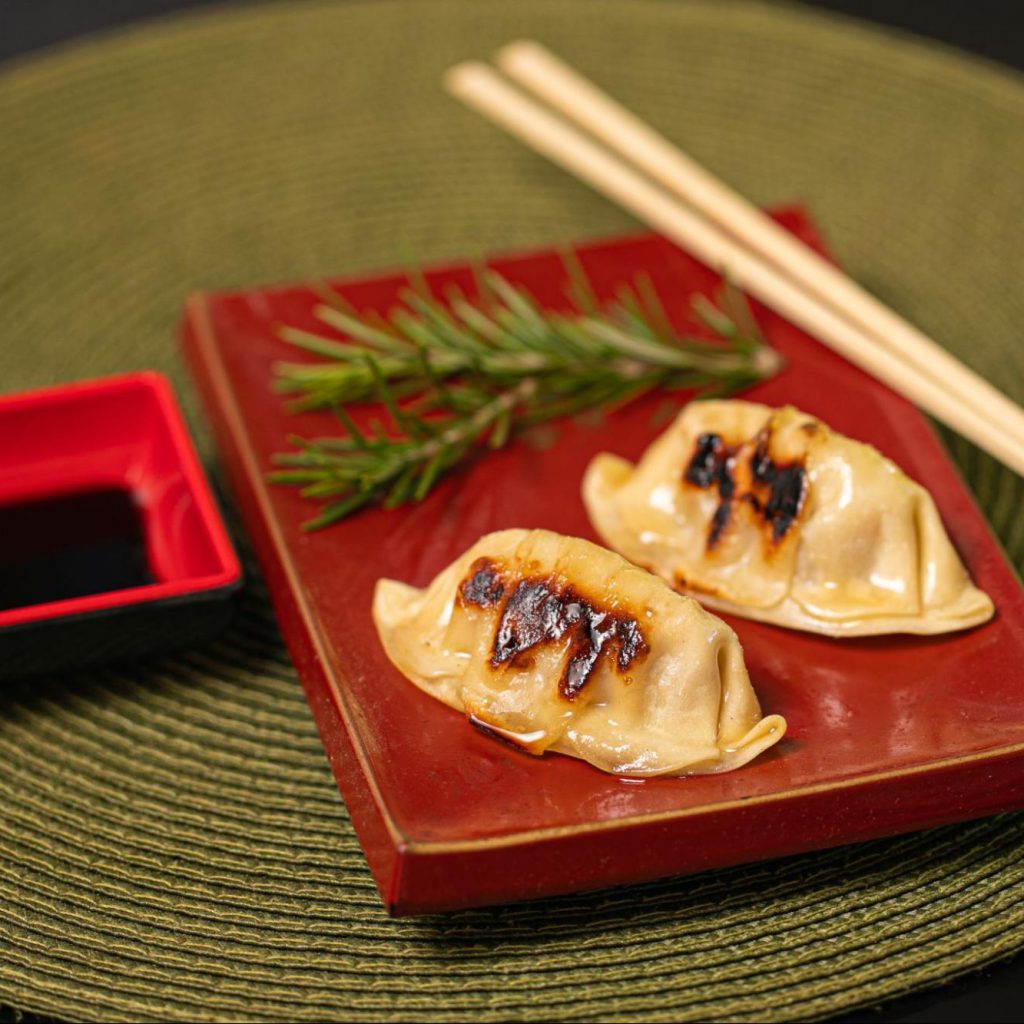 Gyoza is a very popular dish all over Japan, and you can have a plate of gyoza in ramen shops, izakaya, and gyoza specialty stalls. What’s interesting is that in recent years, as dumplings are becoming more and more popular, the now-traditional way of preparing gyoza is transforming yet again to accommodate everyone’s tastes.

There are gyoza shops opening all around the country where you can try lots of different gyoza, cooked in any way you want — fried, steam-fried, steamed, or boiled. And the stuffings vary from regular mixtures to exotic ones. You can have gyoza with crab meat, shellfish and zucchini, various mushrooms, raw scallops, dried scallops, celery, white fish, cabbage, and shrimp.

Grab a Pan and Go on Your Own Gyoza-Making Mission 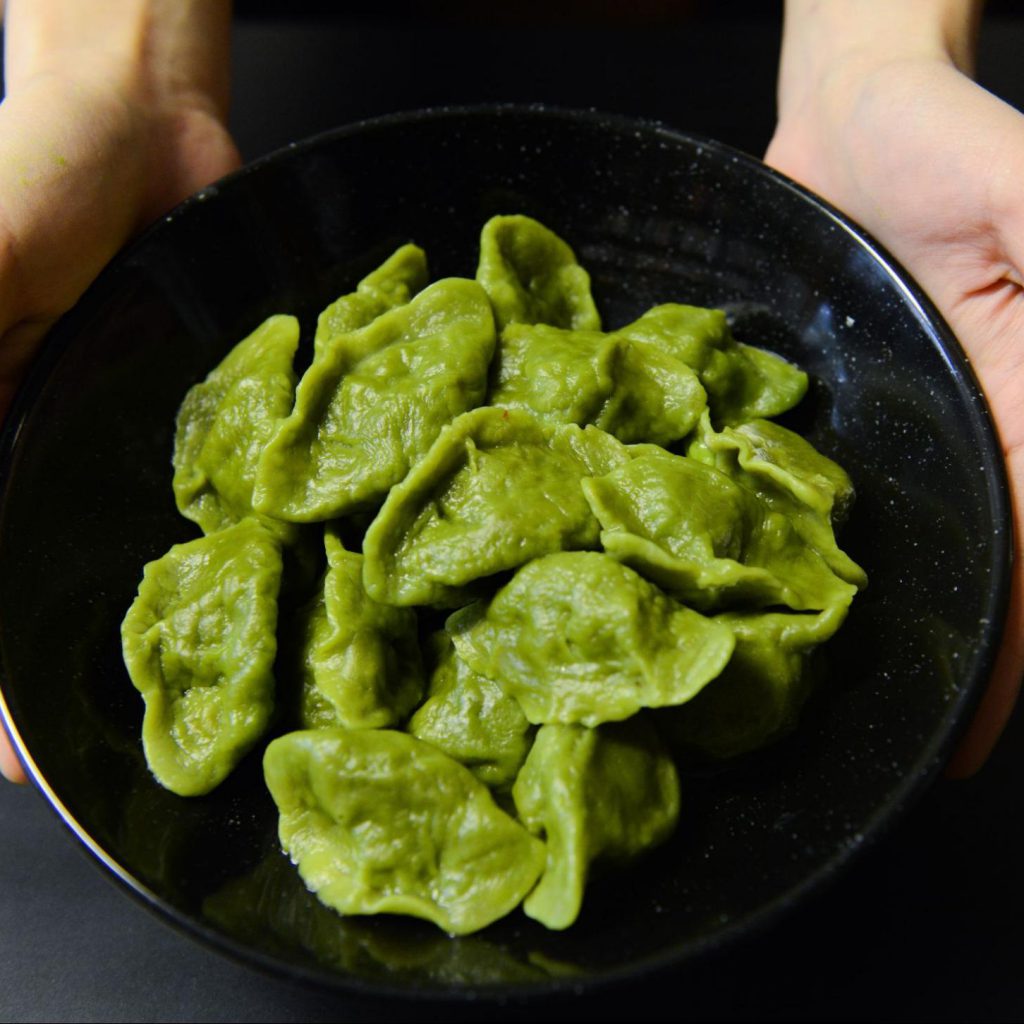 Now that you’ve learned all about gyoza and its main variations, why not improvise and try to make your own gyoza? After all, the dumpling business is a creative one and every culture on earth has at least one variation, so why not create your own signature gyoza?

To wrap your head around the basics of gyoza-making, along with some interesting tours and an exclusive Japanese experience, you can join one of the following gyoza-making classes. We promise it’ll be worth it! 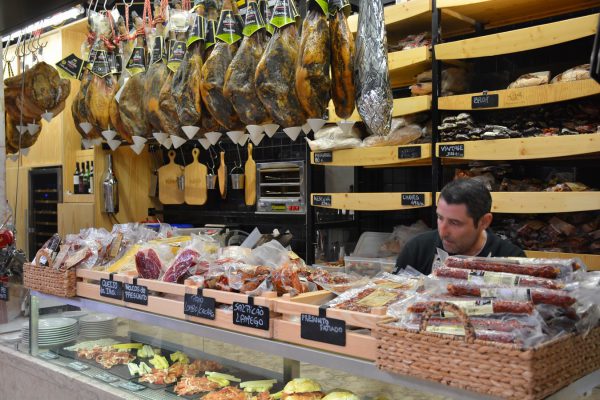 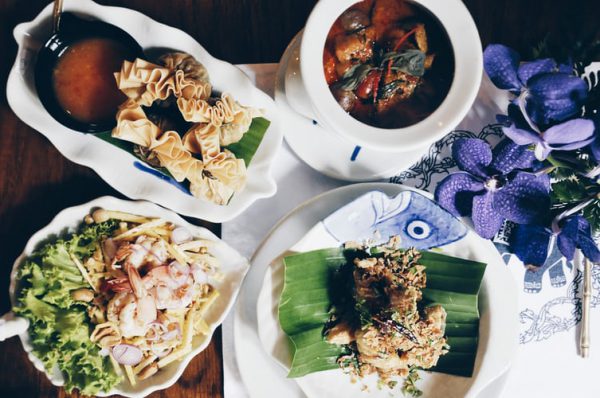 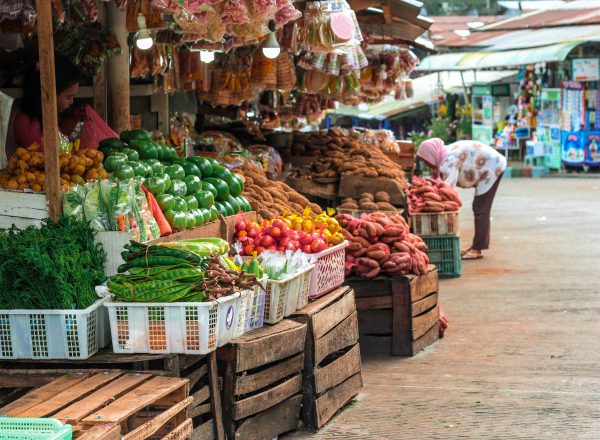 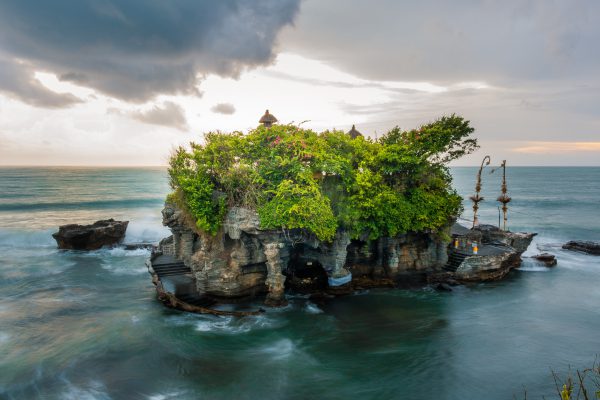 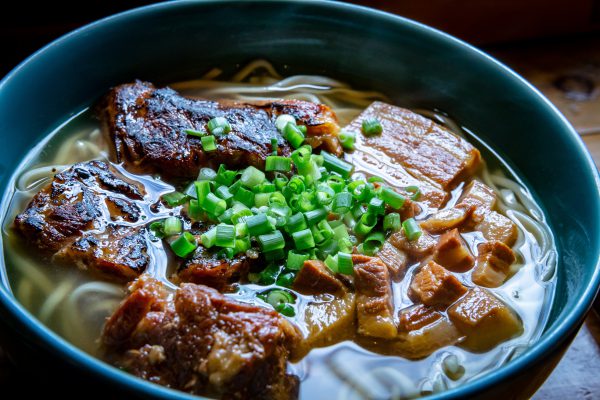 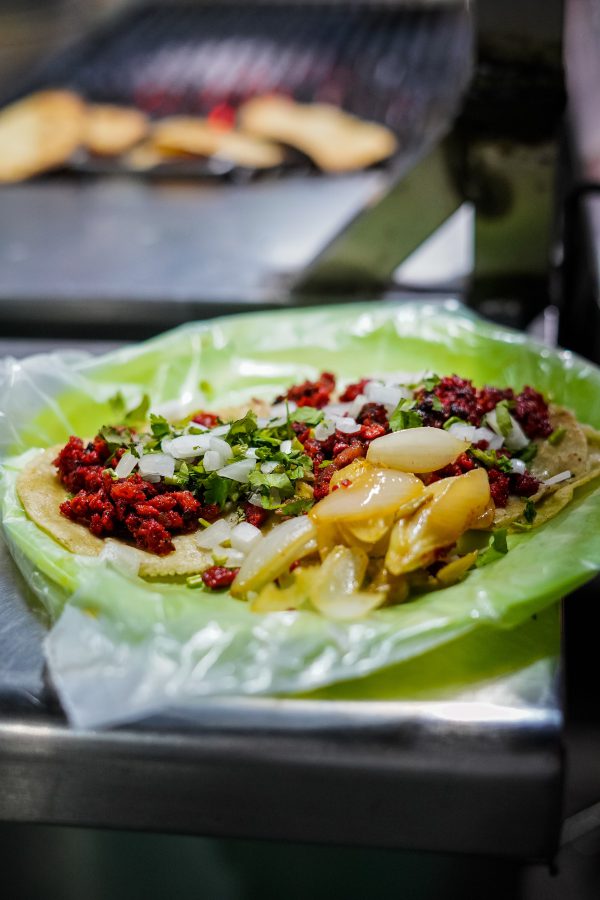